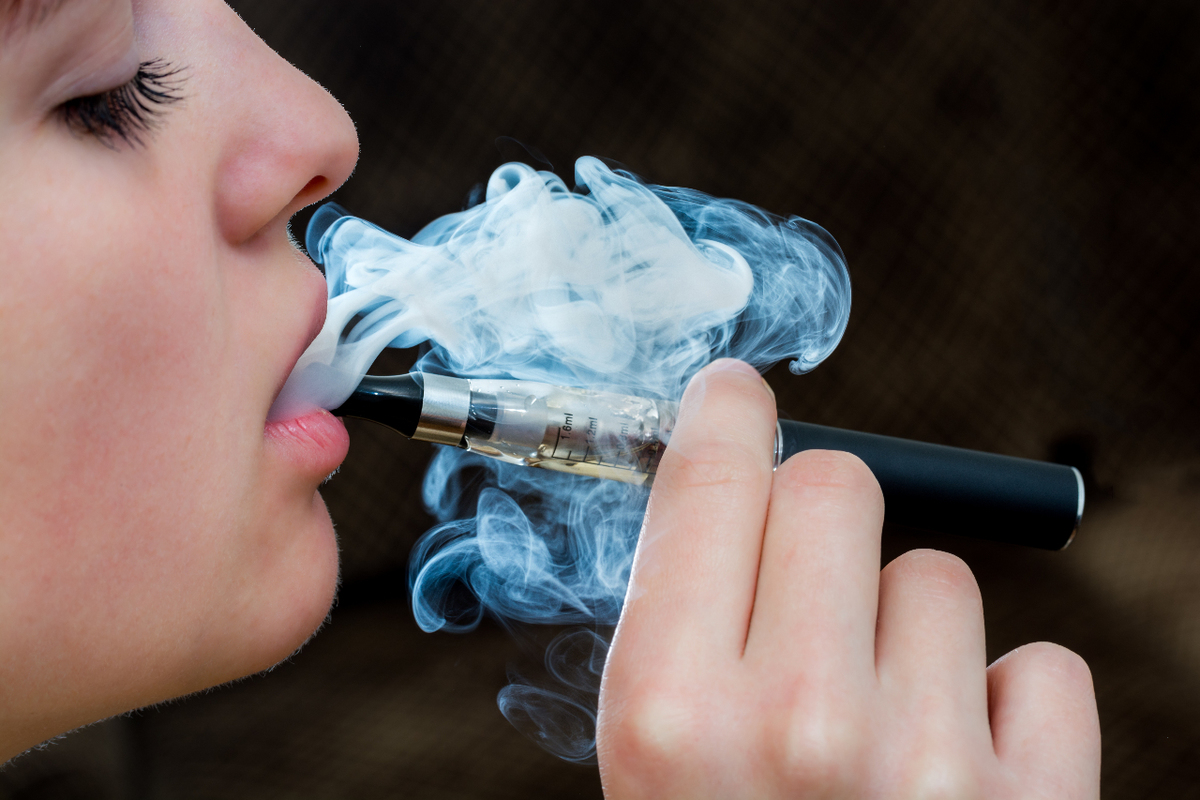 Electronic cigarettes (also called e-cigarettes or vapes) have been touted as a safer alternative to traditional cigarettes.

They are often marketed as a way to cut down or quit smoking. Today, almost one in twenty adults use e-cigarettes as a smoking alternative. Many teenagers have even begun toting e-cigarettes to class.

However, researchers at the University of Minnesota have found that e-cigarettes may modify the DNA of cells in the oral cavity and increase cancer risk.

Scientists still don’t know how long-term use of e-cigarettes affects health—in part because e-cigarettes just haven’t been around long enough for the necessary rigorous research to be done.

“Comparing e-cigarettes to tobacco cigarettes is really like comparing apples to oranges. The exposures are completely different,” said Silvia Balbo, PhD, a member of the University of Minnesota Masonic Cancer Centre.

An e-cigarette is a battery-powered device that emits vaporized nicotine for the user to inhale. It simulates the experience of smoking tobacco without the smoke. They usually take the form of a long tube, meant to resemble a cigarette, cigar or pen. An increasingly popular e-cigarette device, called JUUL, is shaped like a USB flash drive.

Traditional cigarettes work by simple combustion: when tobacco is lit, it combines with oxygen and creates an inhalable smoke. E-cigarettes, on the other hand, heat a chemical-packed liquid that contains nicotine and a flavouring agent, like mint or fruity flavours, creating an aerosol. By delivering nicotine without tar and all the other nasty by-products of tobacco combustion, e-cigarettes are said to deliver smokers a healthier alternative.

Researchers at the cancer centre enlisted the help of five e-cigarette users to characterize chemical exposure during vaping. They collected saliva samples before and after a 15-minute vaping session and analyzed them for chemicals that are known to damage DNA.

“It’s not as bad as smoking, but it’s not harmless,” research lead Irina Stepanov says. Stepanov is a professor with the University of Minnesota’s School of Public Health. Her most recent study shows a strong risk for mouth and throat cancer that previous research missed.

Her research uncovered NNN, N-Nitrosonornicotine, a cancer-causing chemical normally found in cigarette smoke, in the saliva in 16 out of 20 e-cigarette users.

“It can potentially put them at risk for developing oral cancer or esophageal cancer.”

While studies are yet preliminary, they do suggest that e-cigarettes pose greater health risks than originally thought and should be approached with caution. Ongoing research is needed to monitor the long-term safety of e-cigarettes.

The best thing a smoker can do for their health is quit completely. E-cigarettes can offer an option towards that end goal.