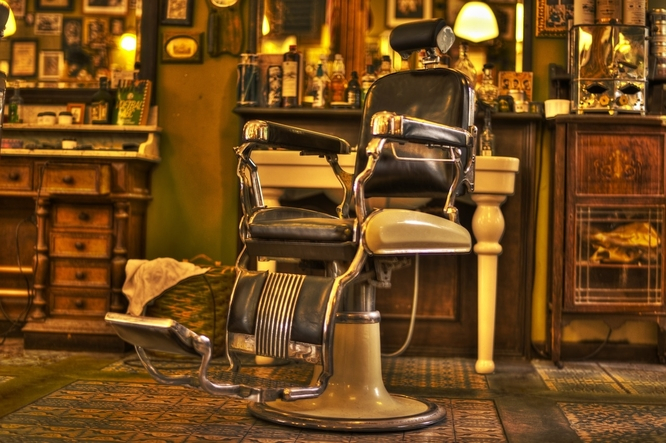 Dentistry is as noble a profession as it gets, filled with some of the most caring people on earth. Still...it’s always taken a special kind of human to look someone in the eye, tell them to open wide and then courageously yank their teeth out!

Visiting the dentist is no longer something most people lose sleep over...however, the same cannot be said of decades gone by. The age-old practice of the tooth has changed so much thanks to modern medicine and state of the art machinery. Dentistry has not always been so painless!

Let’s dig in to the long, rich and occasionally painful history of dentistry, including a few fun facts you probably didn’t learn in hygiene school.

1. Barbers Used to Double as Dentists

These gentlemen were known as barber-surgeons. It may seem quite barbaric to have the local barber extracting teeth and bloodletting, but it made sense in the medieval times, since it left more doctors available to attend to the war wounded.

Nothing quite like getting your wisdom teeth carved out with the same blade you were just shaved with!

2. Ornamenting Teeth Was All the Rage

The ancient Mayans used to bejewel their teeth by chipping at them and embedding small gemstones with glue. Although the outcome would be a dazzling and mesmerizing smile, the process was certainly not for the faint of heart.

In the industry today, this ancient practice by the Mayans isn’t too far from the modern practice of bejeweling your teeth...without the gruesome chipping part, of course. Nowadays, they’re called tooth gems, which some people use to give an extra shine to their smile.

3. Ever Wondered Where Toothbrushes Came From?

The need to maintain dental hygiene is not a 21st century phenomenon. In ancient times, people would snap a supple twig and chew the edges to spread out the fibers. Even today, some people prefer the twig toothbrush over the conventional toothbrush.

The Europeans used a rag and salt or soot for brushing their teeth until the English inventor William Addis invented toothbrush. This was in 1780 but by 1498, Chinese artisans had invented the toothbrush as we know it by using animal hair as bristles.

If you’re feeling naturally inclined to use a twig toothbrush, then you can consider trying a twig from the toothbrush tree.

4. Anesthesia Was Gross and Ineffective

Archigenes was a tooth doctor back in 15 A.D Rome. His idea of anesthesia for dental works was ointment made from hair-raising ingredients including roasted earthworms, spikenard and spider's crushed eggs. He would drill into your tooth then apply the ointment to relieve pain.

It’s hard to imagine that ointment would actually reduce pain, yet it was widely used ‒ maybe the sheer shock of having dead spider babies smeared on your gums was enough to kill the pain?

5. The Electric Chair and Teeth Have a Lot in Common

The good news is that he invented the electric chair in the mid 1800s specifically for the purpose of execution and not dentistry. It’s a mild relief knowing that Southwick had no intention of experimenting the efficacy of electric current on tooth cavities.

You might know that the dentist attending to the first president of the United States, George Washington, invented a foot engine to power his dentist's drill.

What you might not have known is that he used his mother’s spinning wheel making it into a torque to power the drill!

7. Dentistry Was a Lonely Profession

Until the year 1960, dentists were expected to do everything while attending to their patients. They would handle every procedure and tool on their own with no assistance! The result was weary and lonely dentists.

This continued until four-handed dentistry was introduced, providing two extra hands (and a lot of camaraderie!) to help.

8. Tooth Decay Was Caused By Worms!

...Just kidding! Of course that was never true. But for a time, that’s what people really believed.

After all, worms drill holes, and tooth decay is characterized by holes in teeth. This was a logical conclusion at the time. This old explanation for tooth decay was so believable it carried on in many cultures until the 1900s.

Today, we’re thankful for miracles like Novacaine and other tools and treatments that make your life (and the lives of your patients) easier. But we should also be thankful reflecting back on the dentists of old. Though they may have been misguided at times, they’re the ones who made it possible for us to offer the quality of care we can today!