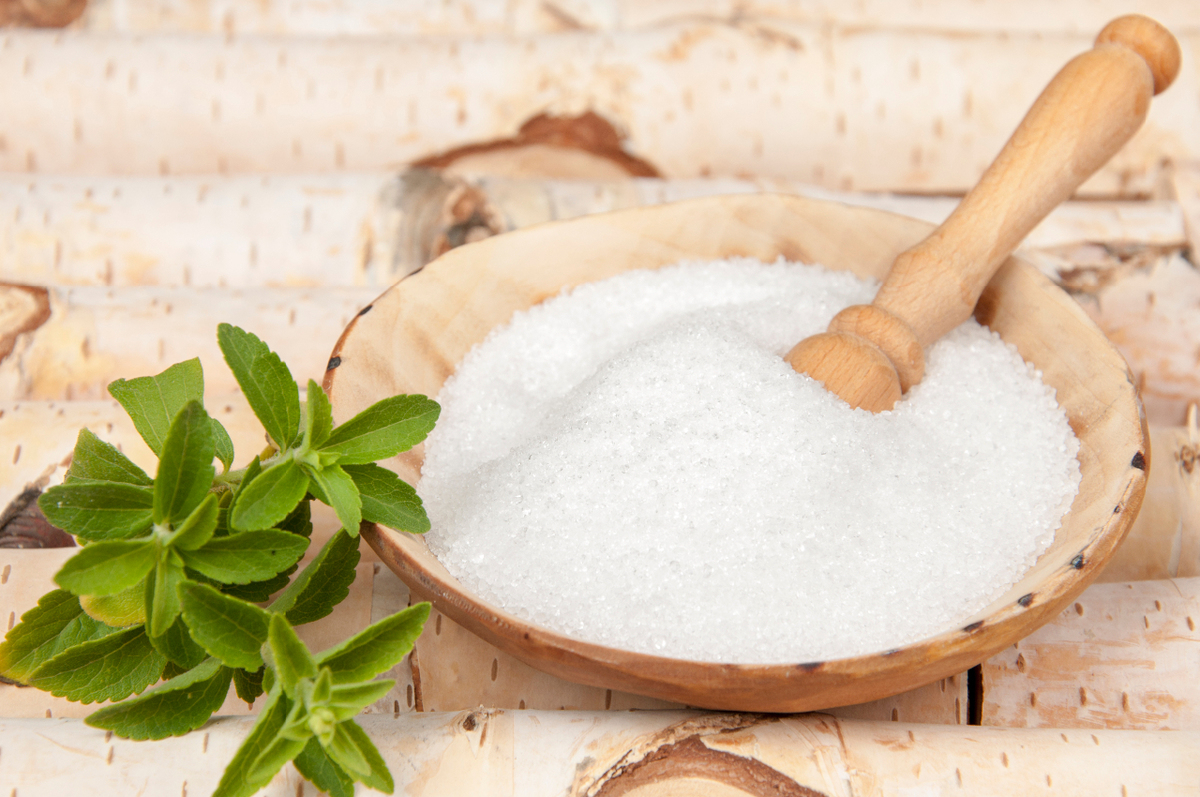 As humans, there are few things we enjoy more in this world than sweets. But with tooth decay a full-on epidemic, alternatives to sugar are becoming more and more popular.

Not all sugar substitutes are considered equal, but Xylitol has great odds in the battle against tooth decay.

Xylitol is a lower-calorie substitute for sugar. Manufacturers typically use Xylitol as a sugar substitute, since its sweetness is comparable to that of table sugar but with fewer calories.

With a similar taste to regular sugar, it also boasts a low glycemic index, making it a great choice for those diagnosed with diabetes.

Where Does Xylitol Come From?

Xylitol is a naturally-occurring sugar alcohol found in the fibers of many fruits, vegetables, the bark of birch trees and other hardwood species containing the organic substance xylan.

Even though Xylitol is extracted from natural sources, it goes through a process called sugar hydrogenation to become a shelf-stable white powder for food and dental use.

Xylitol can be beneficial for people with high tooth decay rate and risk.

Since it exists in many forms, Xylitol is easy to incorporate it into your daily diet and routine. Chewing Xylitol gum or using a Xylitol mint after meals can help reduce food debris and plaque, increase saliva flow, and inhibit the growth of unwanted bacteria.

Xylitol is widely marketed and easy to order or purchase.

Some of the main benefits of Xylitol include:

Are There Any Downsides?

It should be noted that there are some situations where minor side effects could occur with Xylitol, though this is not common.

Xylitol is, however, very toxic to cats and dogs.

One of its benefits to humans is that Xylitol is absorbed slowly and has no impact on insulin levels. The same cannot be said for dogs. When dogs eat Xylitol, their bodies mistake it for glucose and start producing large amounts of insulin. When the dog’s cells start absorbing glucose from the bloodstream, hypoglycemia or even death can occur.

If you own a dog, be sure to keep Xylitol safely contained.

Manufacturers add xylitol to a range of foods, including:

Xylitol is also an ingredient in some dental care products, including:

Xylitol may be better for dental health compared to consuming large amounts of sugar, however, it’s still a sweetener. As with other sugar alternatives, too much is not recommended. The best way to control dental cavities is to avoid excess sugar and strive for a balanced diet.